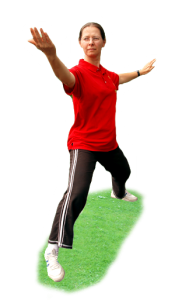 What is Tai Chi Chuan?

Tai Chi Chuan or Taijiquan, is widely known as an ancient health exercise but originally it was created as a means of self defence and was a powerful martial art skill. The original style of Taijiquan is Chen Taijiquan which was created by the Chen family. The Chen Taijiquan skill covers both external movement and internal training and has a unique spiral energy used to ‘throw’ an opponent away. To become good at Chen Taijiquan takes practice and correct understanding of the principles of the art. However, the benefits you get from the practice make the effort well worthwhile.

In 16th century China there lived a man called Chen Wang Ting whose martial arts skill was such that it is said that he single handedly defeated one thousand bandits. He was of the ninth generation of the Chen Family, from Chenjiagou (Chen Village), Henan Province. After an adventurous life as a warrior, he returned to his village to develop his martial skills. Combining movements from Qi Jigaung’s Long Fist and Daoist breathing techniques he created five forms of Taijiquan (Tai Chi) and Pao Chui (Cannon Fist). History says that he is the creator of the original Taijiquan. After five generations, Chen Taijiquan passed onto Chen Changxing. He taught Yang Luchan who later went on to create Yang Style Taijiquan. Subsequently this developed into the other styles of Wu, Woo and Sun. Together with Chen, these comprise today’s five major styles of Taijiquan skill. 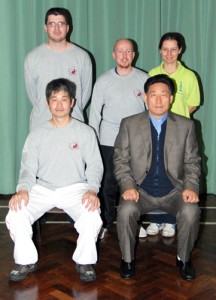 Christine Barbier, grand student of Grandmaster Tse, is a qualified instructor of the Tse Qigong Centre and teaches Tai Chi classes both On-line and In-Person in Hexham area. The Laojia (old frame) form is the beginning foundation form taught in class. It helps cover the principles found in all Tai Chi Chuan forms. Practicing Laojia regularly helps us to learn to move from the waist, develop relaxation and have the right posture. It is also a very addictive form of exercise and very enjoyable to practice.
On-line classes, every Wednesday (on Zoom) In-person classes, occasional Beginners are welcome to join one or more classes at any time during the year. Classes are suitable for all levels of fitness. No special equipment is required, just comfortable clothing and footwear. Download a class leaflet here. In-person classes located in Hexham area:
Hexham is located 30mins away (by car or train) from Newcastle upon Tyne.
View Map